Autoglass shifts social media monitoring up a gear with Tracx 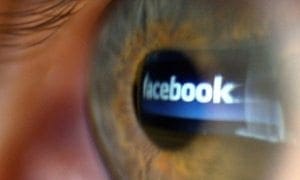 Belron, a vehicle glass repair and replacement company, known as Autoglass in the UK, has shifted its social media monitoring up a gear with its use of Tracx software as a service.

Autoglass, a vehicle glass repair and replacement company, has shifted its social media monitoring up a gear with its use of Tracx.

Felix Billson, global social media manager at Belron, which is the international company behind Autoglass, says the firm had been dong social monitoring “to a degree” before, but in a siloed way. “With Tracx, we can take more strategic decisions since we can now quantify how much engagement we get on social channels,” he adds.

Belron is using the Tracx platform to help it bring together enterprise social media monitoring management across five continents, 21 countries and 16 languages. It has 60 or so workers who use Tracx.

Belron needed a system that would deliver quick and accurate data aggregation and flexible reporting across geographies and departments. It also wanted to be able to benchmark “share of voice” metrics and sentiment against local competitors in each region.

“We knew there was valuable insight to be gained from the global social landscape we operate in, but we had no ability to scale and leverage this intelligence into tangible strategic actions at a local level,” says Billson.

Billson has led Belron’s engagement with the Israeli-founded social media analytics company globally. Belron customer care teams have been using Tracx for the past year for social media monitoring streams from services including Instagram, Reddit, LinkedIn, Twitter and Facebook.
Billson is attuned to the sentiments of an audience, as a former child actor. He is used to seeing things from another’s point of view, as he did in Woof, a children’s television programme about a boy who turned into a dog. He also starred in Bernard’s Watch, a programme about a boy who could stop time using a watch given to him by a gipsy. And he auditioned for Harry Potter, getting down to the final 10 before deciding “marketing was the way to go”.

From Tracx, he says, Belron has obtained a “unified social platform which allows us to leverage internal social networks and experts to give best service to our customers and business partners, aggregating up to a global level”.
Read More….