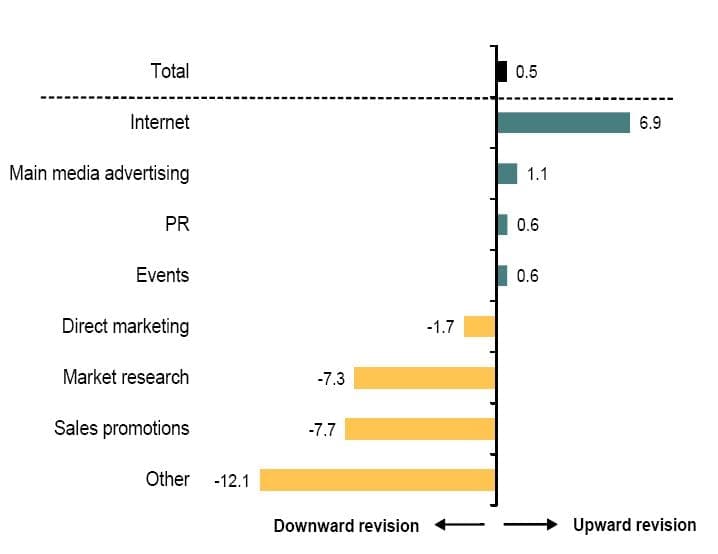 Released yesterday (14, January), the Q4 2015 IPA Bellwether Report showed that UK internet marketing budgets went up marginally in Q4 2015. Despite this marginal increase, growth has now been sustained for 13 successive quarters, and marketers’ budget plans for 2016/2017 are positive. ExchangeWire spoke exclusively to Bill Muller, CMO, Visual IQ; Ben Walmsley, regional VP of Northern Europe at Sizmek; Ben Mannheim, head of account management EU at Ensighten; Niel Bornman, global chief product officer at iProspect; and Nick Moutter, CEO & co-founder of Admedo to get their interpretation of the Bellwether findings and their thoughts on what’s in store in 2016.

– Overall growth has now been sustained for 13 quarters

There are many factors that will have contributed to marketers’ confidence in internet marketing; ExchangeWire spoke to some of the industry’s most respected thought leaders about their interpretation of the Bellwether report and sought to understand their priorities for 2016.

Bill Muller, CMO, Visual IQ commented: “One possible reason behind the rise in internet marketing budgets is the growing adoption of sophisticated cross-channel marketing measurement software, which has provided more scientific rigour to the assigning of credit for sales across both online and offline channels. The use of such solutions often results in the discovery that digital channels have earned a greater share of the credit for marketing success than originally thought.”

Despite easing confidence over the quarter, UK marketers have indicated a positive outlook for their 2016/17 budget plans, with a net balance of +24.6% of companies signalling growth in their total budgets for the coming year.

Equally positive, and in spite of geopolitical instabilities, potentially higher interest rates and uncertainty over Brexit, Bellwether forecasts a steady expansion of 3.9% in UK adspend growth in 2016.

Evidence from marketing executives suggests that companies were facing a dilemma of trying to provide support for sales and revenue growth against a desire to strengthen cost controls.