Online Video | Is It The Saviour Of Fragmented Digital Marketing? 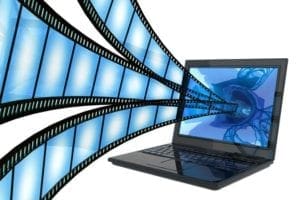 Online Video: Fragmentation and complexity have long been the biggest barriers to digital marketing’s advancement – maturing video tech is solving many of these issues.

Fragmentation and complexity has, in my opinion, always been the single biggest barrier to digital marketing’s advancement. Brand managers for whom communications is often just a small slice of their daily workload are understandably put off when a digital expert rolls up explaining the latest complexities and technical capabilities. Just imagine for a minute how stunted the wider creative sector would be if every TV channel demanded a different execution, or if marketers had to learn about the intricacies of film-making equipment before they yelled “action”.

Video promises to be the great unifier – a simple, well understood format that can spread itself across most major digital media channels, delivering believable return on investments in the process. Among other things, 2015 is clearly the year of online video, with platforms like Facebook and Twitter racing to build out offerings as comprehensive as established giants like YouTube or AOL.

Taking a break from writing about the demise of Facebook, commentators have been quick to instead hail the platforms’ exponential growth in video and its potential giant-slaying abilities. Perhaps not quick enough though. YouTube’s estimated income of around $6bn (£4bn) may already have been surpassed if Facebook can persuade around half of it’s advertisers to run video, not an unthinkable task when it charges no extra for the privilege and claims to now serve 3bn video views a day. Don’t go writing YouTube off quite yet though. Over one billion unique users visit the site globally each month and daily watch time there is up 50% year-on-year.

One thing that is clear is that online video has matured hugely over the past 18 months and along with it marketers’ attitudes. I now regularly have serious conversations about diverting 10%–20% of TV budgets to online video simply because we can demonstrably drive broader and more effective reach by doing so – whoever the key players end up being there’s going to be a big prize to be won. The competition to actually make the content (from old school agencies, new media partners or even super users) will be just as fierce, but is a discussion for another day.

Unfortunately the waters of online video aren’t quite as transparent as one might hope. The content might potentially be the same but there’s a world of forced pre-rolls, skippable true views, in-banner video and auto-play (or even auto-preview) posts to discover. Media agencies are already being asked to merge different platforms on to one reporting tracker, but to do so is to mask a world of considerable differences. Does someone seeing three seconds of a video in their Facebook newsfeed equate to the same thing as someone watching a full 30 seconds of a video on YouTube? Of course not, though that is how each network has respectively chosen to define a view.